What does Bebo Stunner

Bebo is making a come back, apparently bigger and better than ever before.

I remember the absolute state of panic everyone went into when they heard bebo was shutting down. We all quickly scattered to create a Facebook page, because God forbid we had to actually meet a boy in person.

Although most of our first ever status’s would be ‘wha da fuk is dis thiiing’ ‘slow ting duna how ta uze it !!’ bebo brings back nothing but happy (and painfully cringy) memories.

I set up my first bebo page in 2006, back in a time when I had orange pan stick plastered over my face and there wasn't an eyebrow to be seen.

If you think about it, it's how we know most of the people we’d associate with today.

It was a means of communication, of making new friends, and of coarse, meeting the best boyFrRrRiIennnd evaaaa! 2k6 && alwayzzz mWaH

Here’s some bebo memories that are bound to make you cringe with mortification, but give the ultimate lols. Bringing back the best memories of our beloved teenage years.

Your skin was the most important thing on your page, it represented who you were and how you're feeling at that exact time. For example, "sexy, single, and ready to mingle" seemed to be quiet popular. You knew who the misfortunes were if their skin was a full of pink and purple love hearts plucked from the plain Jane page 2 of 1,000 optional skins.

Not to mention the day we all (a small minority of cool people) figured out how to make them.

My bebo skin was full of photos of me and my bff with playboy bunnies and pink honda civics, topping it off with flashing ‘BFFZ’ spread across the middle #classybird

So a boy adds you, you head onto his page for the oul creep, and BANG ‘Mc smalley ya thats my name gunna go with the flo guna play this game, guna roll the dice, once or twice’ ………………

You were JUDGED by your flashbox, it had to be the latest tune if you wanted to be cool.

Like DJ Sammy celebrate the summer ’and you couldn't go wrong with DJ Rankin 2k6 in the mix.

You could always tell when a girl broke up with her boyfriend of three days when her flashbox changed to good oul DJ Boonie. #memories

Did you know that ‘bebo stunnah’ is in the dictionary?

Whether you wore five layers of panstick, or good oul Elizabeth Arden, there wasn't a bit of bronzer to be seen on the neck. We pouted it out in our profile picture to the best of our ability. Wearing something like a black velor tracksuit with a sequence belt and our hair in three ponytails.

Making a god awful duck face thinking we are the genuine bomb.com #cringe

The wall was where numerous amount of penis’s were drawn with hairy balls or shooting sperm.

On guys pages you’d see the typical ‘YOUR GAY’ written in black and white.

On girls pages was a masterpiece, created by your BFFE declaring her love to you for everyone to see. 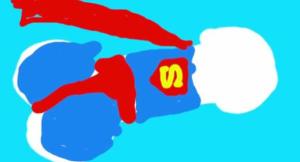 These tended to vary as trends came and went. The one memory that stands out the most is the ‘loves’ ‘hates’ ‘fun times’ lists which consisted of the following ..

These lists consisted of everything you loved and hated from been cheated on to mustard.

It was a difficult time for all involved.

This was where shit went down in bebo town. You may have had 16 girls in your gang but only one was your BFFE, your other half.

God bless the day you got a boyfriend, because you wanted the whole world to know how much you loved him and his cuddles, but try telling her she’ll have no longer have an other half… for at least an hour. #ohnogirl

Your other half could be anyone from your best friend, to your new boyfriend, to your crush (if God really liked you) or even just an oul pal (for those of you in the friendzone)

Your other half was important..It was like your online wing man.

Ever wonder how you just happened to end up in the cinema with two best friends?

Facebook has nothing on the couples made from bebo.

This was every 14 year old’s most important decision in life, or so we thought. You swore to your best friend you’d never move her from number one, but this insanely hot guy wants to put you first in his #decisionsdecisions

You could tell when people had a falling out because you were ripped out of that top 16 faster than you could say sorry!

Because how else could everyone know he was good in bed ??

Even though the majority of us were total frigits, we needed to show our love for everyone through aarows.

Which unfortunately meant taking someone out of your top 16.

They usually flashed, and were really sparkly, Mii bbz

I remember back in the early days of bebo when you got only one love a day.

You felt like feckin Beyonce when some sexy lad gave you his designated love. #WINNING

Shit got real when we upgraded to three a day, you’d swear you’d give everyone love until you got them, and secretly shared yours with your crush #NOTICEME

‘Mall out give it cha 2mrw’ was used for the silly boys who each day, genuinely believed you were going to part with a sacred love just for them, #cute!

And who remembers those ultimate cool kids who made fake pages to give themselves 12 loves a day ……….

As much as you pretended you didn’t even notice them, you did.

Hats off to the sad individuals who sat their refreshing their own page to boost up their views, I'm sure you're winning in life right now.

Lets not forget about the time bebo said people could see who’s viewed their page.

Girls were more worried about that than missing their period!

You made these for people to see how much they really knew you ...

oooooor maybe just to see would the boy you like get 8/10. #sucess

Even if the questions were stuff like, “watz mii favz color” or “whoz mii BfFe”

You got to choose from a number of options and by god was this your best friends time to fucking well shine!

Even if you haven't talked to her since you met her crush back in 2008.

Let me re-jog your memory on these.

A pole usually consisted of pictures including you, and three of your closest friends, posing the question, "who’s better lookin?"

We all know you secretly logged onto your sisters page to vote for yourself when your better looking friend was shaming you on your poll.

I think bebo should be left back in 2010, along with all our cringiness and flashy playboy cars. Although Facebook isn't far off these days with the "like for the one who" and "like for an H.O". Lets hope Twitter stays the way it is, for the sake of all those involved.

At least it's good to know our generation created the ‘bebo stunnah’ it’ll be a story for the grand kids.