What Is The Difference Between Spectrolite and Labradorite? 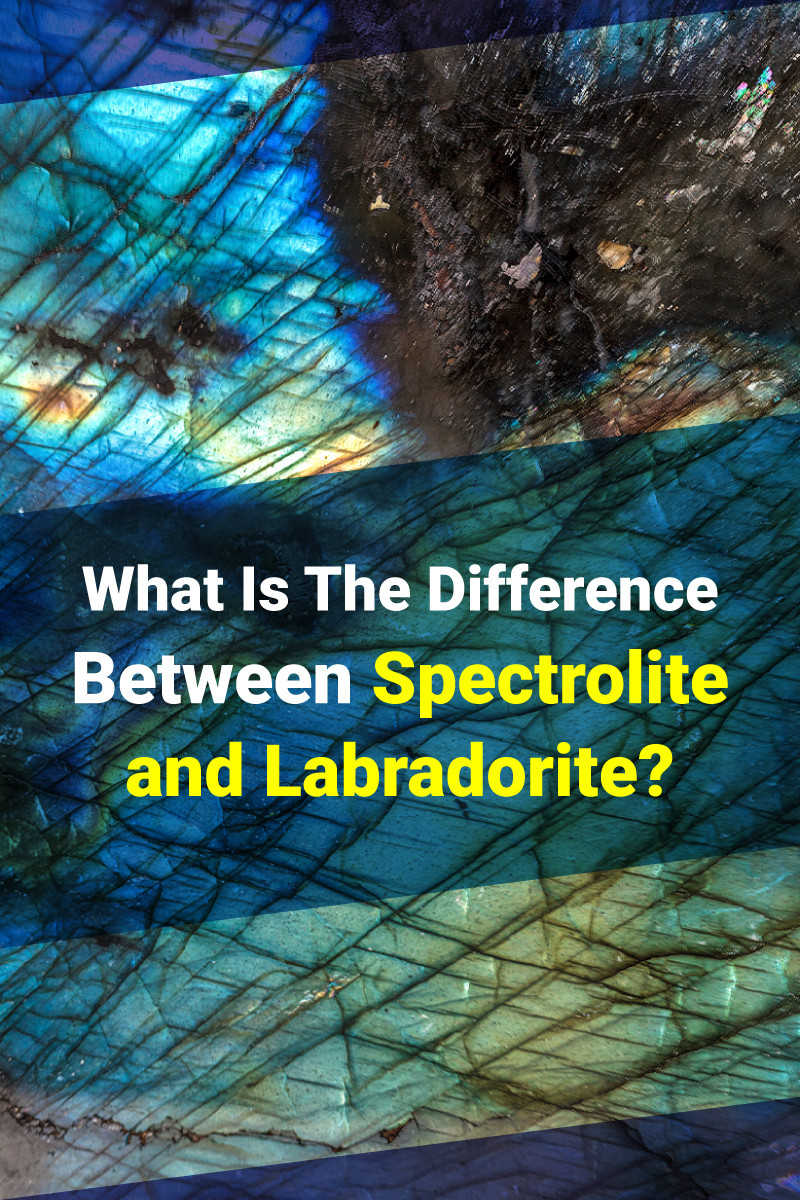 Do you love seeing rainbows after a storm? Well, imagine holding one in your hand. With labradorite and spectrolite, you can.

These stones are semi-precious gems that have a dark base but iridescent color play. While they don’t display the same range of colors, they’re technically the same stone. Both possess unique properties that are used for protection and strength.

If you're wondering about the difference between spectrolite and labradorite, come along as we break it all down for you!

Oddly, though, these stones aren't native to Canada - they come from around the world, including the U.S. Many enthusiasts peruse the Adirondack Mountains searching for labradorites. However, the highest quality gems come from Madagascar.

It's impossible to deny the appeal of this gemstone's magnificent colors. Labradorites have a gray or black base, but reflect an iridescent array of colors. This phenomenon has been studied and even given the name "labradorescence."

Why do they appear this way? Well, when light enters, it reflects from a “twinning” surface inside the stone, instead of the actual surface of the stone. Similar effects show up on moonstones and sunstones.

Most labradorites will have shades of blue or green, often with yellow or gold. If you're lucky, you'll find one with warm tones, like pink or orange.

The best way to find these tones is by looking at labradorite’s Finnish sister: spectrolite. 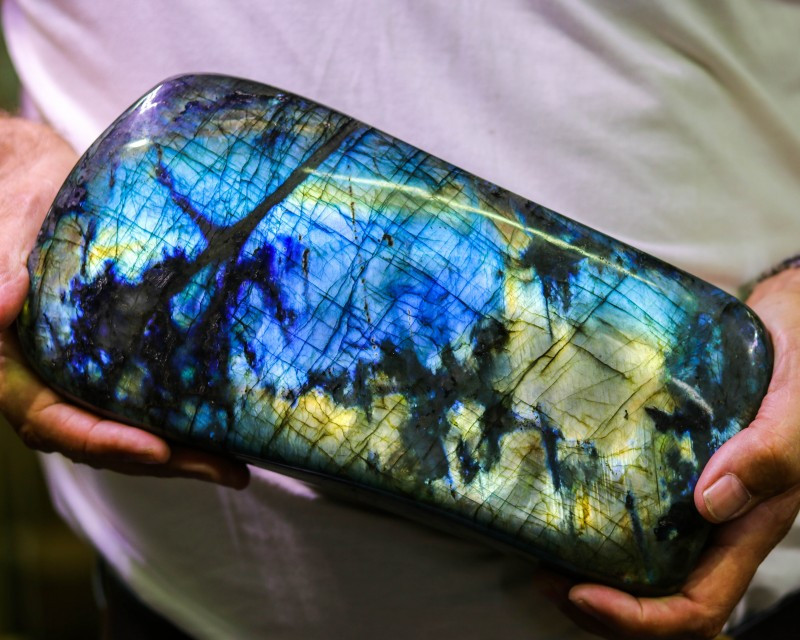 Spectrolite is a form of labradorite only found in Finland. The name “spectrolite” is actually a brand name, or gemological name, of labradorites mined there. The name comes from the wide spectrum of colors it displays.

Places like Canada or Madagascar almost always turn out blue, gray, or green labradorites. Finland’s spectrolites, on the other hand, add a range of pinks, purples, oranges, and reds on top of the blues and greens.

What's the difference between spectrolite and labradorite? It mostly has to do with the base. Both labradorites and spectrolites have dark base colors, but labradorite’s base is more transparent and spectrolite’s is more opaque. Other than that, the origin is the primary differentiation between the two.

Spectrolite is also rare and high-quality, making it a valuable commodity. The deposit where it was first discovered, in Ylämaa, has since become a gem center for training and tourism.

Before you buy your tickets to Finland, however, you might want to know what these gemstones mean. Let's discuss! 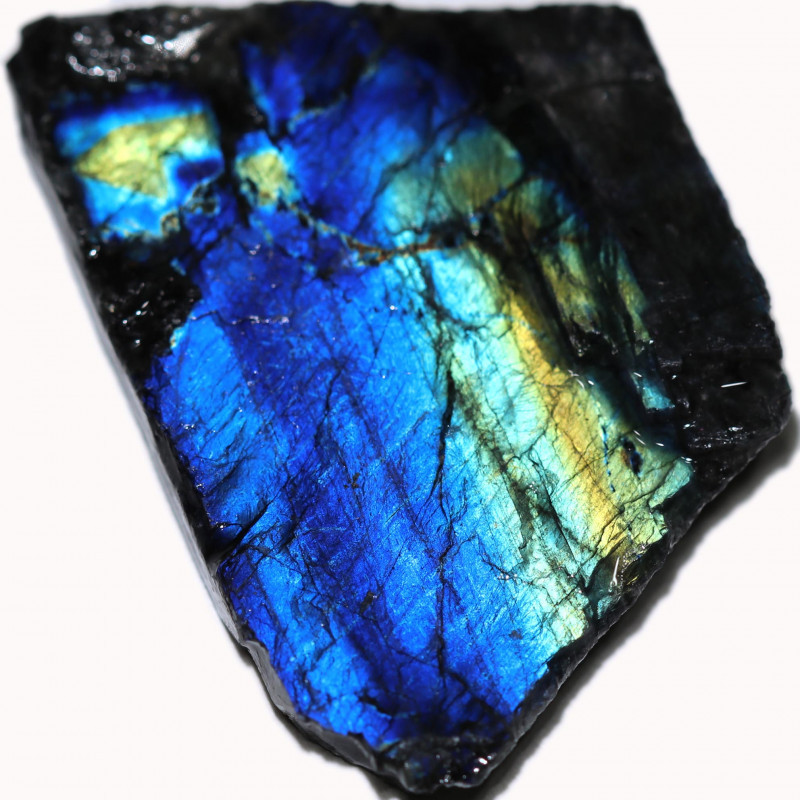 The meanings behind spectrolite and labradorite are rooted in their iridescence, much like their popularity. Their dark surface with rays of color shining below have mostly come to symbolize protection and transformation.

Let's dive further into these meanings.

Gemstones are commonly used for metaphysical purposes, especially by shamans. The meanings of labradorite and spectrolite, for shamans, also tie back to the color. The dark surface hiding glowing colors underneath symbolizes the unseen spiritual realm.

So, we know there’s significant symbolism with each gem, what other potent properties accompany them?

Unique Properties of Each Stone

Labradorite is often known as the matriarch of the subconscious. This means that the stone can help you access lost memories and interpret their meaning! Additionally, labradorite is used to bring out the best in those who wear it. By reducing feelings of shame, it encourages you to believe in yourself and your abilities. We could all use a little more of that!

Spectrolite is also used to increase self-confidence, but it does so by helping you discover a deeper spiritual connection to the world. It's believed to balance and protect your aura, allowing for travel between realms. One way this property is harnessed is by placing the stone under one's pillow before attempting lucid dreaming. A more casual method is wearing it throughout the day to equip yourself with a sense of confidence and potential.

How Are They Similar?

We’ve looked at the difference between spectrolite and labradorite, but do they share any similarities? They sure do!

Labradorite and spectrolite are both in the mineral family called feldspar.

This is a group of rock-forming minerals that crystallize from lava. After crystallizing, they show up as veins in different types of metamorphic or sedimentary rocks. Another gemstone that comes out this way is moonstone, which looks similar but only shows blue or white.

The two stones both have a hardness of 6 to 6.5 on the Mohs scale. For reference, that means they're weaker than quartz but stronger than glass. Like glass, though, labradorites and spectrolites both have asymmetrical structures. This structure is uncommon in gemstones.

Labradorite and spectrolite both tie to the zodiac signs Leo, Scorpio, and Sagittarius. They’re also associated with the planet Uranus, which represents the ability to handle life’s ever-present challenges.

Recap Of Key Differences Between Spectrolite and Labradorite

While spectrolite is technically a variety of labradorite, the two stones differ in their origin, value, and appearance. Let's go into more detail.

Many love these gemstones for their protective qualities, but most are just captivated by the holographic beauty. Every angle can reveal a new color, so these are sure to turn heads. Whether you use them in your home, jewelry, or spiritual practices, labradorite and spectrolite remind us that true beauty and strength come from within ... all we have to do is look inward!

Was this article helpful?