Methods: Surgical correction of pectus arcuatum always includes one or more horizontal sternal osteotomies, resection of deformed rib cartilages and finally anterior chest wall stabilization. The study is approved by the institutional ethical committee and has obtained the informed consent from every patient.

Results: In this video we show our modification of pectus arcuatum correction with only partial sternal osteotomy and further stabilization by vertical parallel titanium plates.

Conclusions: Reported method is a feasible option for surgical correction of pectus arcuatum.

Pectus arcuatum (other names pouter pigeon chest, Currarino-Silverman syndrome, chondro-manubrial deformity, type 2 pectus carinatum) is a rear congenital chest wall deformity with main feature being protrusion and early ossification of Sternal (Lewis) angle together with bilateral deformity of 2nd to 4th cartilages (1). Pectus arcuatum is often misdiagnosed as a combination of pectus carinatum and pectus excavatum, however, there is no sternal depression and visual appearance is formed by costal cartilages protrusion.

In majority of cases pectus arcuatum is a pure cosmetic problem (Figure 1). Congenital heart defects are reported occasionally as well as simultaneous Poland syndrome. CT scan with 3-D reconstruction is very informative for surgery planning (Figure 2A other 2 B). Routine preoperative check up is needed. Different opinions exist about age of surgery. Since it is more cosmetic there is no need in early interventions. Due to necessity to resect cartilages late puberty or adulthood is preferred, since by that age the growth of ribs is finished. 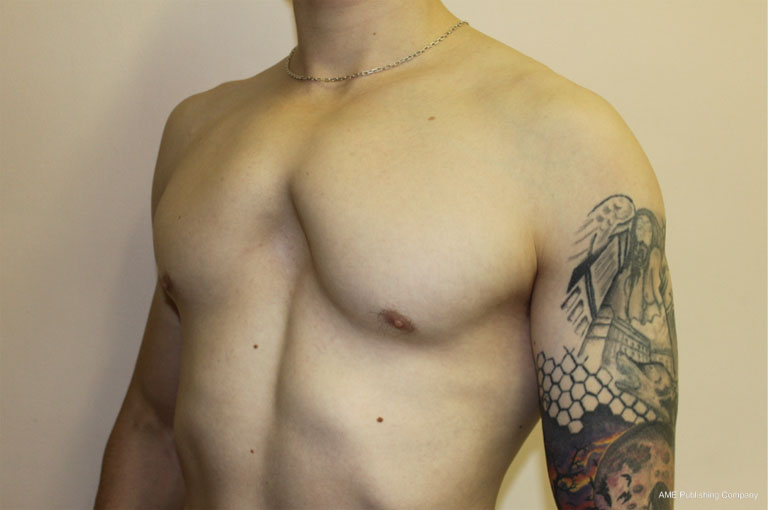 Patients are usually young adults without comorbidities and no special preparation is needed.

Supine position with hands aside. 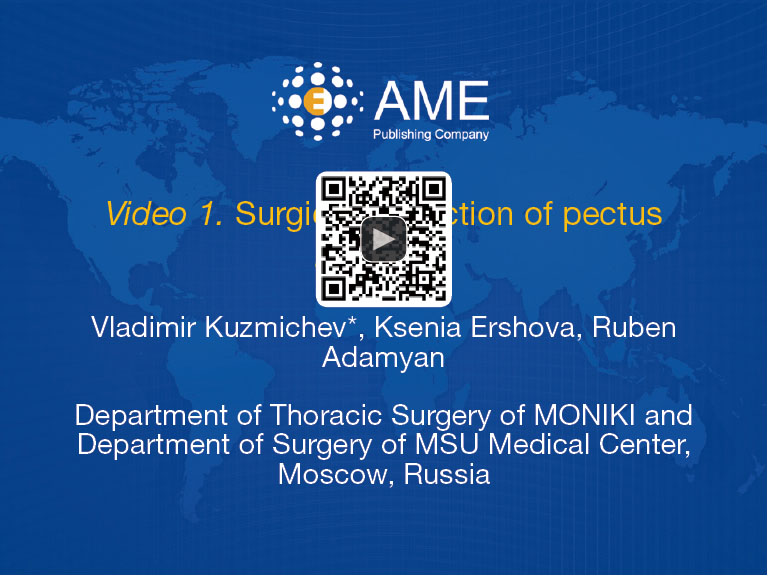 In this video we show our modification of pectus arcuatum correction with only partial sternal osteotomy and further stabilization by vertical parallel titanium plates.

Several methods of surgical correction are described previously (3-5) sternal osteotomy being and essential part of correction. Method presented here is completely extrapleural, without retrosternal support and with no need of second surgery for hardware removal.

Conflicts of Interest: The authors have no conflicts of interest to declare.

Ethical Statement: The study was approved by the institutional ethical committee. Written informed consent was obtained from the patient for publication. A copy of the written consent is available for review by the Editor-in-Chief of this journal.