Where are Burris Fastfire II attractions made

In the Magnifier comparison report, there was talk of so-called "Combat Sights" or "Battle Sights". These are prismatic sights that have a fixed, mostly low magnification in order to be effective in the near and medium range. Pretty much everyone has seen the market leader Trijicon in the form of the ACOG (Advanced Combat Optic Gunsight) and we have already presented a version by Steiner (Link). We got a few devices that we will introduce in the next few weeks. Today the Burris AR-332 comes to the test. 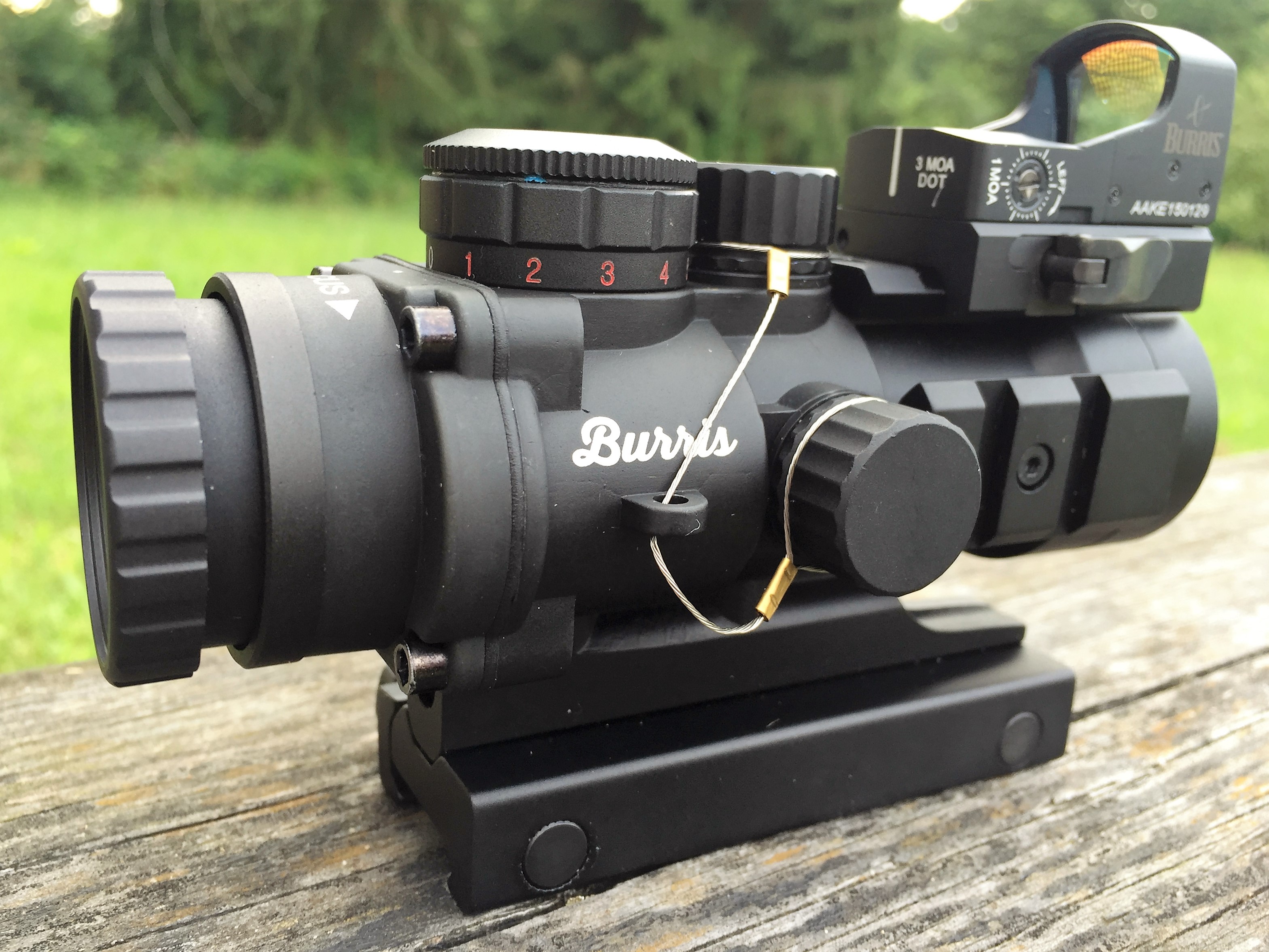 Burris Optics from the USA offers the right glass for almost every application and so there are also two prismatic models for the AR platform: the AR-536 and the AR-332 presented here. The name says a lot about the glass, the letters stand for the platform and the numbers for the magnification and the lens diameter (3x magnification with 32mm lens). What drew our attention to the Burris is, on the one hand, the attractive price and, on the other hand, the compatibility of the mounting plate with Trijicon. So you can buy the Burris as an entry-level device, and then upgrade it with a Rotpunkt and Trijicon Montage or a suitable third-party manufacturer Montage from Larue, American Defense etc. and then later - if desired - continue to use these parts with an ACOG. 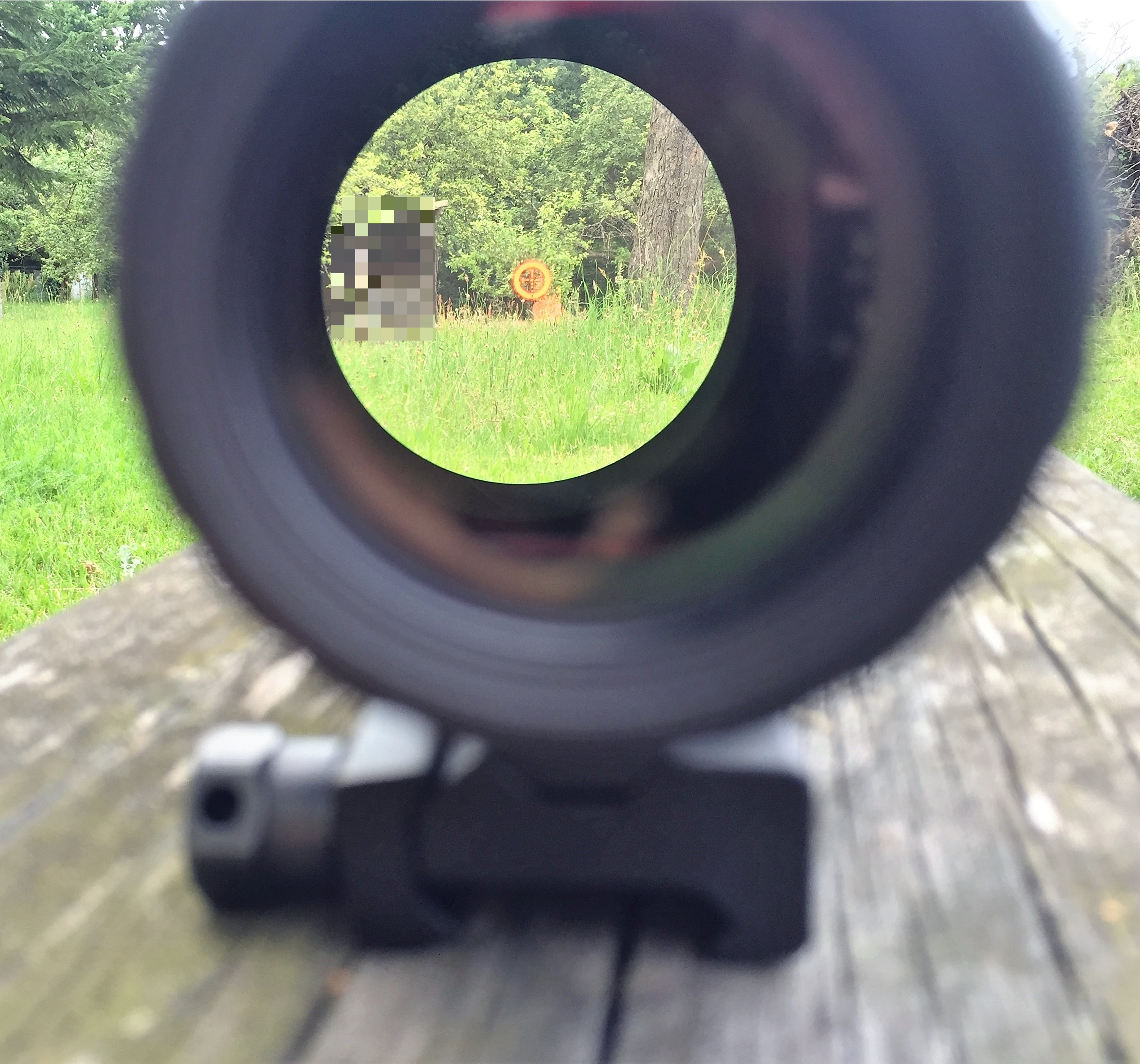 Why not buy an ACOG right away, the question arises? The devices from Trijicon now cost 5 times what Burris calls for the AR-332. So you can test without a guilty conscience whether this type of look suits you at all and try out various things, but more on that later.

The Burris AR-332, like so many low-priced devices, comes from China. The workmanship of the case leaves a very good overall impression, and it has been implemented cleanly. The mechanical quality is also absolutely good, both the setting of the diopters and the click adjustment for the reticle work as expected. The adjustment towers are protected by screw caps, which in turn are secured against loss with a thin wire on the housing. It is adjusted in ½ MOA steps, up to a maximum of 80 MOA. The assembly can be fixed to the Picatinny rail with simple knurled screws and is not 100% repeatable, but as already mentioned, this can be remedied by using third-party manufacturers. 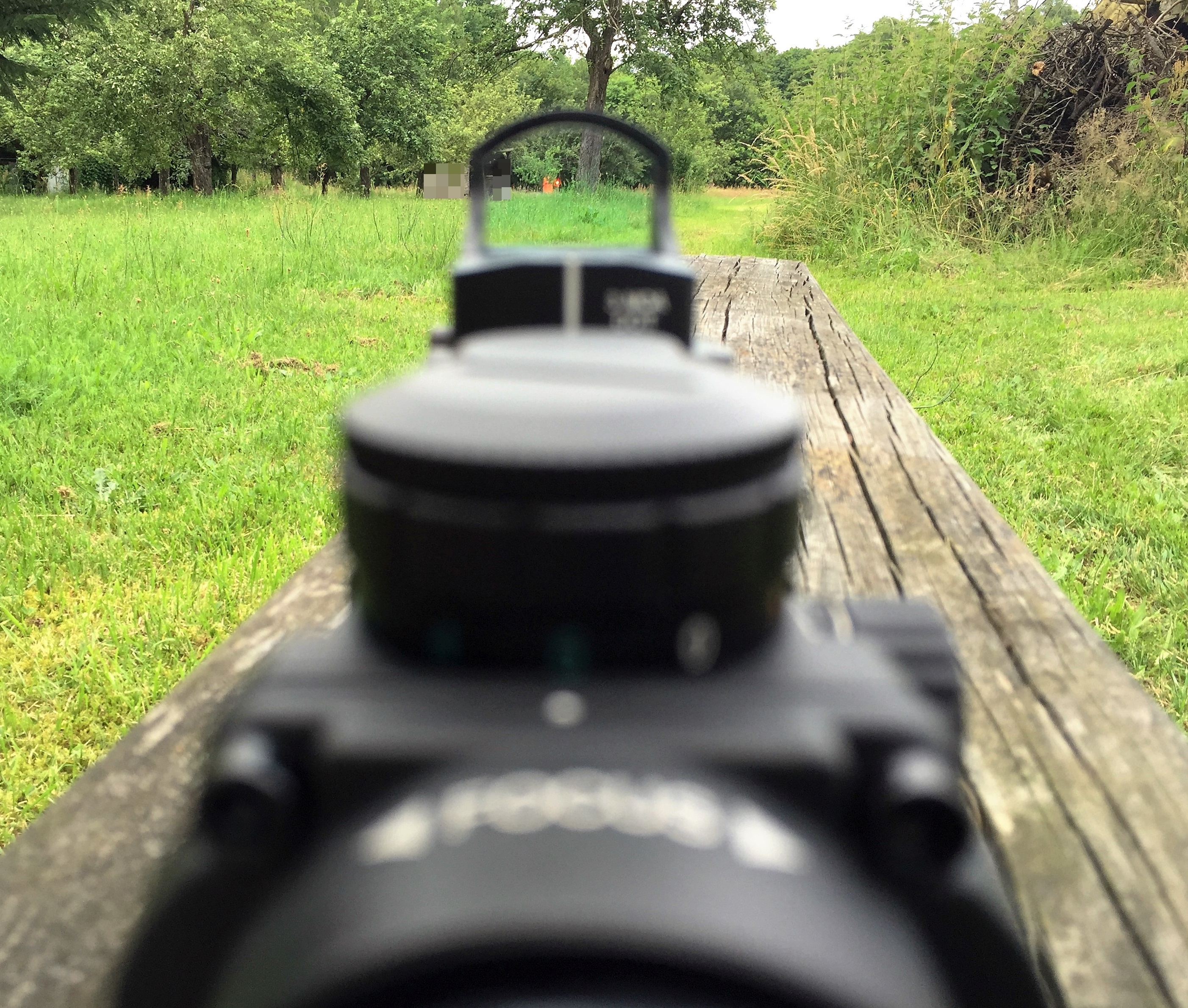 The overall picture of the optics is rounded off by a brightness regulator of the reticle illumination that can be operated on both sides and that sits on top. Here you have the choice between two colors in five brightness levels: red or green. Both colors have their weaknesses and strengths, which partly offset each other - so it is good that you have both in one device. Thanks to the etched reticle, the device can also be used without lighting, then the reticle color is black. The device is operated with a CR2032 battery, which provides juice for approx. 200 hours.

The last feature are Picatinny rails at 9 o'clock, 12 o'clock and 3 o'clock - all of which can also be removed if necessary. Here you can optionally - as can also be seen in the review - use a mini RDS (Red Dot Sight) such as the Burris Fastfire III used here to expand the range of applications of the optics. 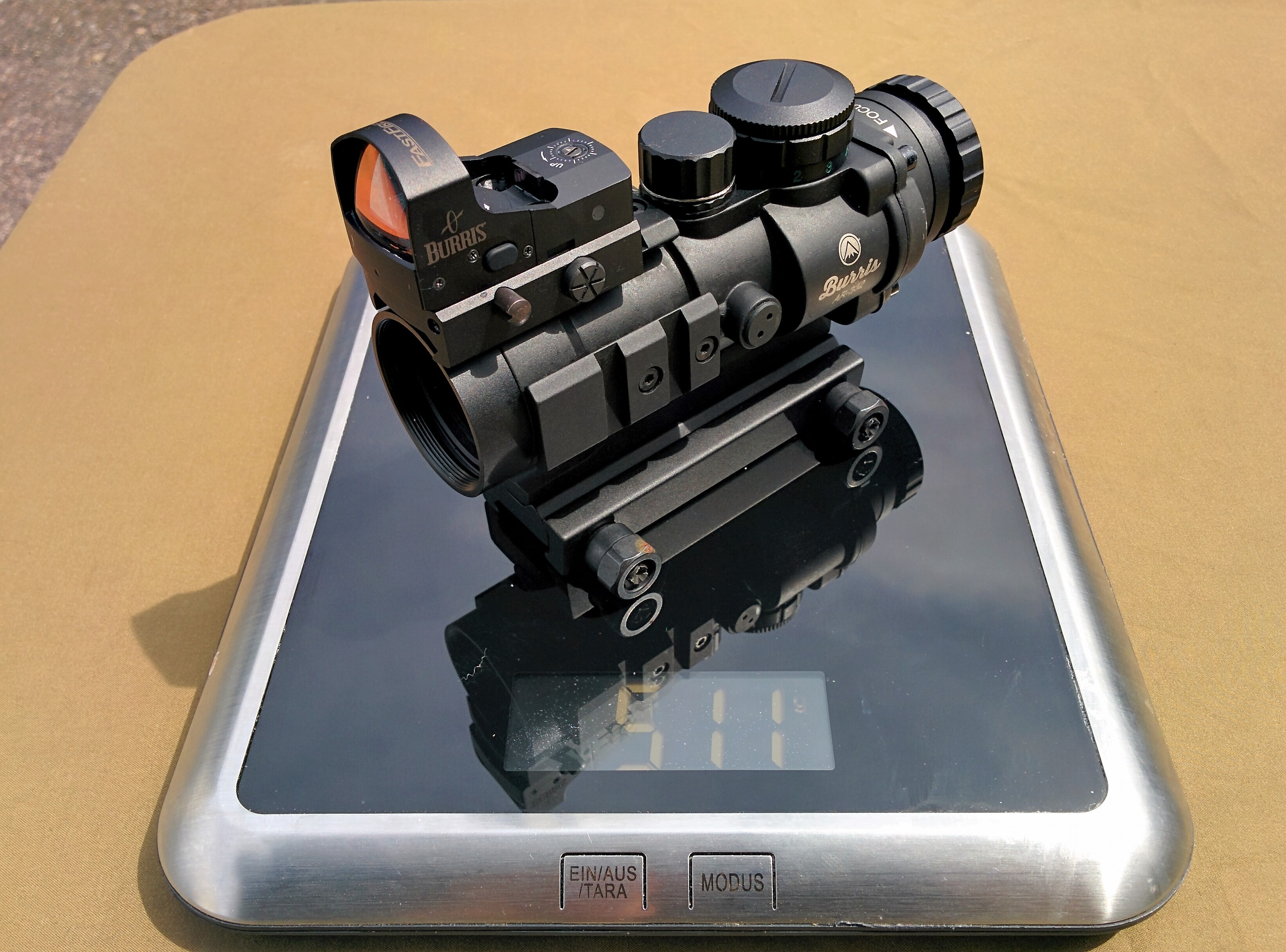 At 446 grams, the AR-332 is roughly in the Trijicon weight class of a 4 × 32 model, which is fine. With the flip-up caps and Sunshade, the device weighs 483 grams, a red dot with assembly on top brings the AR-332 to 511 grams. With a length of 13cm without accessories, the Burris is made for the AR-15 platform and can be opened Make good use of the 4cm height to the center of the lens. The eye relief is almost 6cm, if you shoot NTCH (Nose to Charging Handle) you have the perfect eye relief when placed in the middle on the upper. The eyebox (area where the eye can see the reticle clearly) is relatively small and sensitive, precise head placement is a must. The field of view is 9.7 meters at 100 meters, which would be fine if you could aim with both eyes open - but more on that later.

Multi-coated lenses and a nitrogen filling protect against external influences, which makes the device water-proof.

The optical quality of the Burris AR-332 is good to very good. You have a clear and clean picture, thanks to the 32 mm lens it is also bright enough. The edge sharpness cannot of course be compared with top devices, but it is also anything but bad. 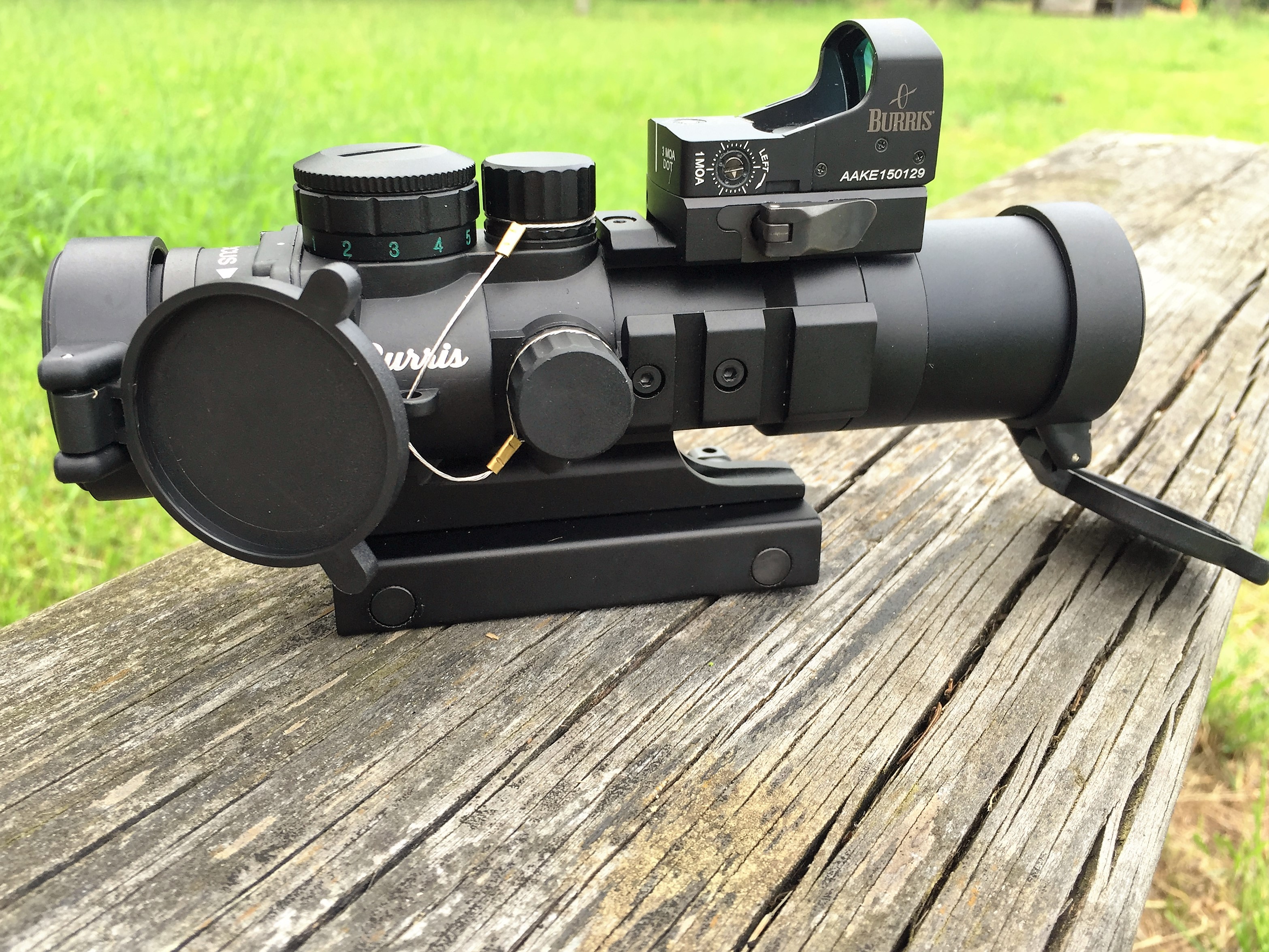 A piece of tube with thread as a Sunshade is supplied as an accessory, as well as a flip-up cover for the lenses. You will also find a cleaning cloth, tools for setting and instructions in English.

The reticle used is called Ballistic CQ and is offered in some 1-4x optics in addition to the prismatic lenses. A thick circle dominates here with a small crosshair in its center. At the 6 o'clock position, this has no bars, but dots that are becoming smaller and represent the holding lines up to 600 yards. The center point is the 100 yard mark when the AR-332 is aimed at it. The calibration of the reticle can be used for .223 and .308, Burris even provides loads and examples in a practical table. With a load of 55 grains, the bottom of the 100 yard point is the 250 yard mark, point 2 350 yards, point 3 475 yards and the recess in the circle at the bottom is the 600 yard mark. 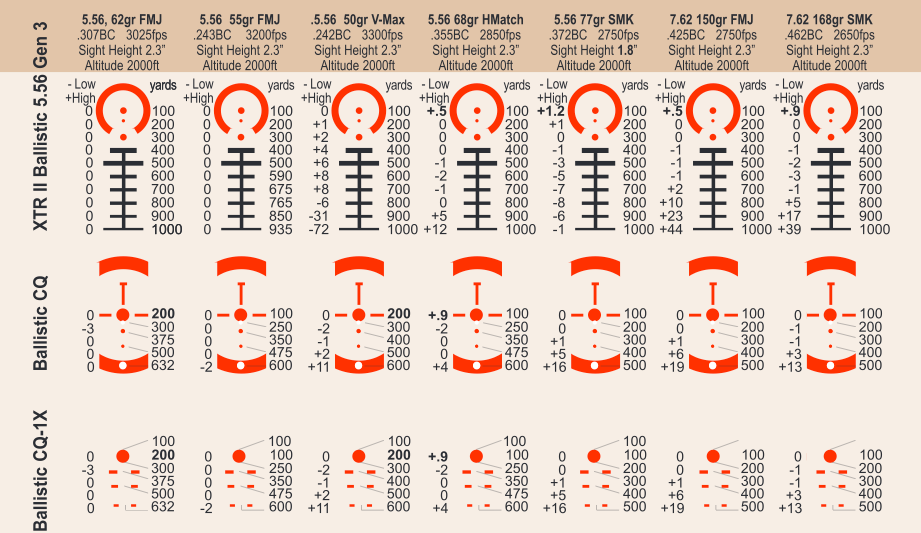 At the shooting range we were able to get an impression of the accuracy and speed of the AR-332. Shot lying down at 100m and 300m, the Burris does quite well and is a bit narrower in terms of precision than a red dot with a magnifier. The stop lines also help with orientation at 300 meters, but the thick circle is a bit annoying and sometimes you want a little less here. The topic of the field of view is a factor worth mentioning at these distances. At 9.7 meters at 3x magnification, the field of view is in the middle. Here you can make do with some optics by aiming with both eyes open and thus increasing the field of view by looking around the optics with the secondary eye. The housing of the Burris can do this, but if you close and open your eye, you can see the destination moving, and not a little, depending on the distance. Compared to Trijicon, this is definitely a shortcoming that has to be taken into account and which takes time. 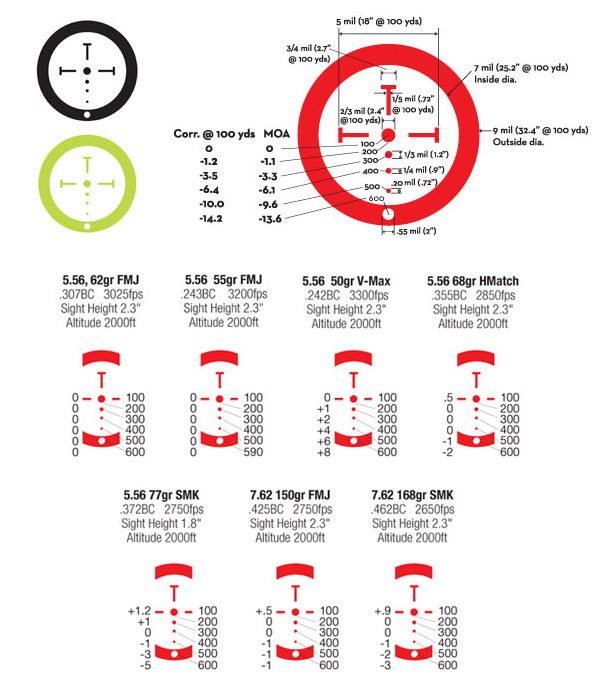 At close range at 15 meters we also tried to implement the BAC (Bindon aiming concept) - aiming with both eyes open, which shifted the hit position by several centimeters. This happened with both the visor open and the flip-up cover closed - which usually works. However, the assembly can also play a role here if it is not 100% straight - and that seems to be a problem with the Burris AR-332, if you believe American forums, where the problem has already been described. Aiming through the optics even with the secondary eye closed works well at 15 meters, but only takes a little longer, as we tested in comparison with a red dot sight.

As a bonus, we tested the Burris Fastfire III on top. This open red dot sight sits on the front of the AR-332 and enables fast target acquisition thanks to simple magnification and a clearly visible illuminated dot. With this compilation, however, a couple of points should be clear:

We shot in this position for the first time. It can be done, but it takes a lot of practice. We were amazed that you can get a good visual image even in unusual shooting positions such as lying on your side and thus place a shot. 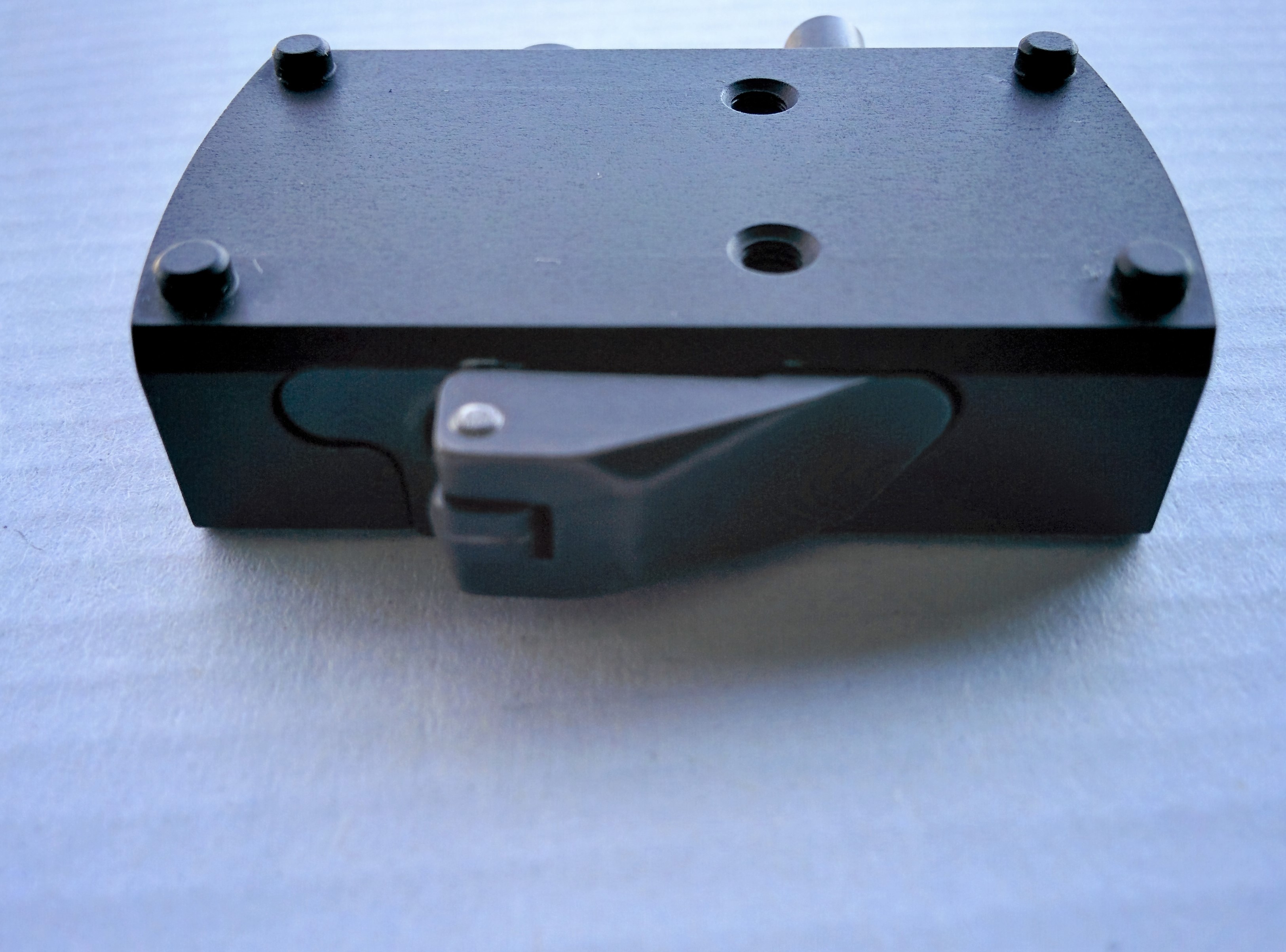 The Burris Fastfire III is held by an Innomount assembly. We will shortly report in detail about these innovative assemblies from Germany, stay tuned!

CONCLUSION:The Burris AR-332 has its shortcomings, but it is a very good device for what it costs and can do - the price-performance ratio is definitely right here. With proper assembly and a little practice, you get a compact and inexpensive glass for the AR platform that is not much lower than much more expensive devices in terms of optical and mechanical quality.

The Burris AR-332 and its big brother, the AR-536, are available from Pfitzmaier Jagd, who kindly provided us with the test device along with the red dot and the Innomount assembly - Thank you very much! The AR-332 is priced at 429 euros, the A-536 at 539 euros.

Many thanks also to the Schießsportcentrum Heusenstamm for providing the premises. 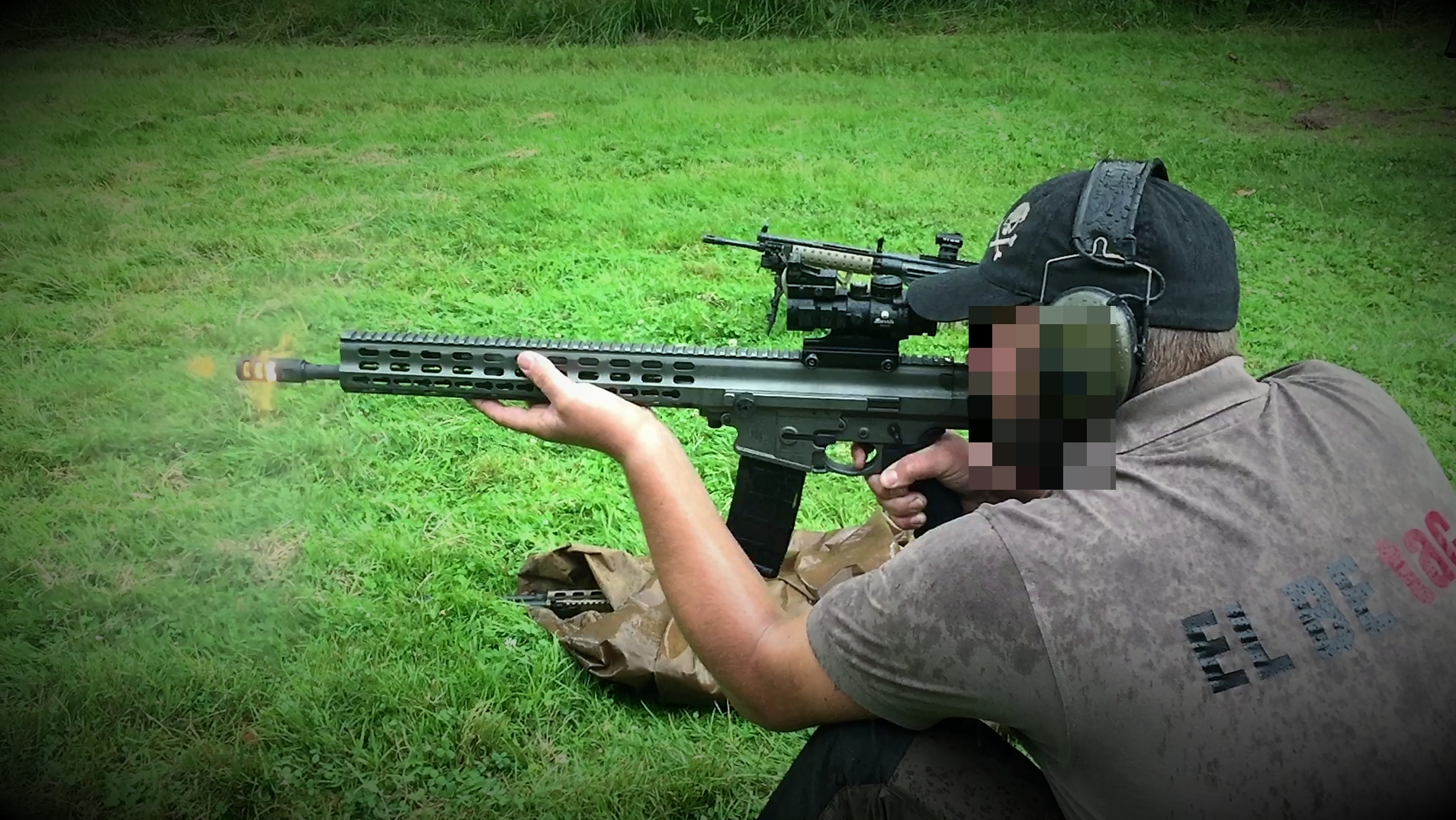